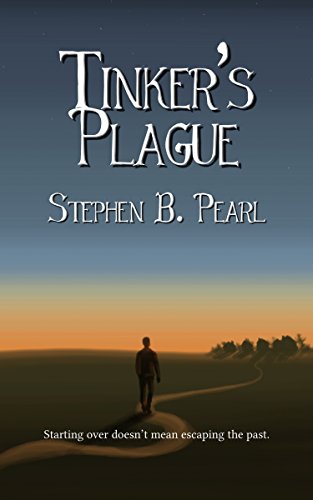 I asked some quirky questions of Stephen Pearl! But first the books: www.amazon.com/author/stephenpearl

Bring on the sharks.

I earned my PADI Advanced Open Water Diving Certification when I was eighteen. I earned the basic diving certification when I was fifteen. Sharks are like any other predatory animal. Respect them, don’t try and treat them like pets. Put on your chainmail reinforced wetsuit, stay in the cage, if you have one, and enjoy the view. Make yourself look unappealing. I’d love to go on a well-organized and equipped shark dive with people who knew what they were doing and respected the animals.

There is beauty and wonder in the oceans. Millions of years of evolution leading to near perfect biological forms. The basic body plan of sharks has barely changed in a hundred million years. They have survived extinction events that left the world teetering on the edge of lifelessness. They are close to perfection and a wonder to behold. Beauty in function, strength in form and smarter than they are generally given credit.

They were on this earth long before us and will likely still be here after humanity is an unpleasant memory. They define majestic. I love animals in general and am enamoured of most apex predators. Sharks define apex predator.

A great predator of the ocean! What’s your favorite cheesy pick-up line? Have you ever used it for real?

Having been extremely socially inept through most of my early life I never used that many pick-up lines. Looking back, I have to wonder if, “Hi, I think you look lovely and I would appreciate the opportunity to find out if one so physically beautiful has a mind and a heart to match, would you do me the honour of joining me for a drink?” would have worked for me. I’m a pretty straightforward person, and I think it sums up the goals of a first meeting in a nice way.

What did work for me was honesty. I was dressed as a Scottish lord complete with sword and dirk circa 1200 ad or so at the time. (SCA demo at the university). I saw this stunning woman and mustered up the courage to walk with her as she went to register for her classes. We chatted as the registration line progressed. As we neared the table I went for it saying, “I guess you know I’m trying to pick you up. Would you like to have dinner with me?”

Those blue eyes looked into mine and a beautiful smile graced the loveliest face in the world and she said, “Yes.”

That was thirty-five years ago. She is currently at her computer in the other room working on a magazine ad for my books. The thirty-third anniversary of our hand-fasting (Pagan marriage) is in November.

Could anyone say no to a Scottish lord with a sword and dirk?! What’s the closest thing to real magic?

The ability to cause change in accordance with directed will utilizing physical laws that are not yet fully understood and or acknowledged by the traditional sciences.

Actually, this is somewhat inaccurate because many of the principals of the magical traditions have been recognized by more “traditional” sciences. The principles of energy dynamics which were part of “Magic” as far back as Egyptian times and field strength dynamics, which can be charted in poltergeist activity, are two examples.

As Hamlet said, “There are more things in heaven and earth than are dreamt of in your philosophy,” I may be a bit off, I’m quoting from memory.

In another sense, the natural world. The sound of wind in the branches the cold shock of water when you jump in a lake. The wonder of a sunset. The joy of watching baby raccoons play and explore on your deck. If you can’t feel the magic in these part of you is dead. Magic is a label for many things and I will not doubt its reality. Its manifestation is a different matter. I do not believe in shooting fireballs from your fingertips or flipping cars with telekinesis. At least not on the physical plane.

There is magic in nature, that’s for sure! What superpower would you like to have for a day?

Total, long-range, focused telepathy with my computer and word processor to hand. I’d read the minds of the most influential people in the world recording all the dirty secrets and what would be necessary to independently confirm my findings.

When the day was through I’d blackmail the true power structure in human society into making changes that I feel are necessary. Pushing sustainable green energy, setting up health care for all on a global scale, funding education and birth-control programs on a global scale. More intense testing for GMO products before deployment. Legal culpability on the producers of GMO product for unforeseen occurrences.  A global reduction in military spending that would see all military’s reduced to a tenth of their current levels over the next 20 years with the funds freed up being used to pay off deficits then fund education, medicine and a space program that could give us some elbow room if we don’t get our global population under control.

Bravo to use your powers for the good of others! If you were reincarnated as an animal, what would it be?

A cat. See the whole apex predator thing above. Cats are the most loyal and noble of beings I have ever known. Their loyalty is hard to earn but once given it is unshakable. I have never met a being that cared more than a cat for those they choose to love. Also, they are grace incarnate.

Just a quick plug. In my new novel CATS, a group of people are trapped in a VR5 video game where they are turned into cats. It’s fun.

Add to the nobility and wonder I feel that cats represent if I got into a household like mine I’d have it made. Well, the neutering might not be that pleasant. Maybe I should think on this a bit more. 😊

Nine lives to live! Do you believe in aliens?

Given the size of the universe and the billions of years that there has been for random chemical reactions to create replicating organisms, I’d be shocked if there wasn’t life out there. Intelligent life, as we would recognize it, most likely, but maybe not as common as we’d like to think. Look at the only model we have to study, which is the earth. We’re about 3.8 maybe 4 billion years in on life on this planet.

For most of that time, life was little more than slime. Algae simple one cells organisms.

Later came multicellular life. Later still, anything we would recognize as having a brain capable of more than governing rudimentary behaviours.

It’s only been two hundred and forty million years, or so since the first dinosaurs and true mammals appeared. As to our own lineage, that really only goes back about 31 million years to the common ancestor of apes and monkeys. Anything we would recognize as human, only about 1.8 million years ago.  It is likely that if a homo-erectus, the human preform in question, was alive today it might be able to earn a living sweeping floors.

What this comes out to is that evolution took a long time to come up with a tool using, intelligent species on our earth. It is likely it would do the same on other worlds. Now the point must be made that there are several species on earth that could be called semi-intelligent with manipulative digits. Monkeys, Raccoons, Octopuses to name a few, so maybe in the future the process of producing intelligent tool using species will accelerate. (See the Uplift series by David Brin).

Long and short, to me the evidence indicates that while life may be fairly common in the universe, intelligent life that are active at the same time as we, as a species, are would make up a fraction of a percentage of it.

We also must ask ourselves, how long is an intelligent tool using species likely to survive? How many close calls have we had since we developed the ability to annihilate ourselves? We’ve only had that capacity really since the 1950s. How long will it take other intelligent tool using species to do themselves in through active war or just plain selfish stupidity? (See the mess we are making of the planet.)

I’d love to be in a galaxy teeming with life and other intelligent species, but I have my doubts. Still in all, I’m open to the possibility.

We just have to hope if there is, they are friendly! What would you tell your younger self?

This depends on the age.

As a child: I’d say, stick with martial arts and kick the ass of any bully dumb enough to go after you. Bullies are cowards! You don’t need to win the fight you just need to hurt them. Do that and they will move on to another victim and leave you alone. Adults in your life are useless because your teacher is abusing you by proxy and your parents are too busy saying how great the teacher is to care. Caring would take effort and force them to admit that they weren’t perfect.

As a pre-teen and teen: Your parents are as useless socially as they seem. You will not view them as wise when you get older. Do not take their advice. Seek out someone who has a clue and listen to them.

As a teen: Slow down, don’t try to fall in love before you fall in like. Despite your father’s adolescent bragging, most of your associates are virgins. Don’t invest all your emotions in one person and definitely don’t let fear cause you to stay in any kind of relationship.

As a young adult: Forget any bogus career advice you’ve ever heard and go for the forest ranger program. You really have no interest in medicine as a career, that is your father talking. Oh, and you really aren’t suited to your current girlfriend, don’t let fear of loneliness make your decisions. Let the relationship go and play the field.

Oh, if only we could deliver those messages to our younger selves! Thank you, Stephen, for taking my quirky interview! Support Stephen on social media! We’ll be chilling here in the shark cage next week with another author’s quirky answers!