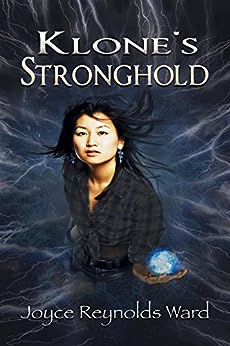 I asked quirky questions of Joyce Reynolds Ward! But first, the book: https://www.amazon.com/dp/B07DVXFZ9H

Now to some questions!

Hello, Joyce! Let’s get to know you really well: what is the weirdest scar you have and how did you get it?

I have a round scar on my left shoulder underneath where my bra strap goes that looks a little bit like a gunshot wound—I’ve had bodyworkers comment on it the first time they do massage or acupuncture. Actually, it came from a cyst removal when I was seven years old. One of my older brothers has a much bigger cyst in the same place, and there was a concern that mine would get bigger and interfere with the bra strap. I’m—glad it happened. However, because I tend to scar easily, I have a lumpy scar there. At one point there was discussion about removing the scar but the doctor decided that could lead to a worse one. When I was younger, it would ache but it hasn’t done that for years.

I got caught up on the word ‘bodyworkers.’ I love it! Name the top five things you take with you during a zombie outbreak.

I’d start with a flamethrower. Then I’d do my best to convince a veterinary or vet tech to hole up with me, because they’d know how to deal with nonverbal shambling creatures (wait, are we talking fast zombies or slow zombies?). I’d also lay in a stash of Zombie Tools’ best blades (seriously, Zombie Tools out of Missoula, Montana, has some good stuff) like this nagimaki, the Reaper III https://www.zombietools.net/shop/the-reaperiii/. Plus the usual food, water, piles of books…

Great! You’re officially one of my zombie-fighting crew! If you were reincarnated as an animal, what would it be?

As anyone who knows me will say, it’s a no-brainer. Horse. The hardest part would be what kind of horse. No question but that I’d be a mare, but would I be the infamous Chestnut Mare with a hefty dose of attitude, or a sweet little bay mare, or something flashy like an Appaloosa or a palomino? Arab, Morgan, or Quarter Horse? I’d probably end up being some sort of stock breed like a Quarter Horse, Appaloosa, or Paint, and be more into doing precise pattern work such as trail classes, reining, or cow work…wait a minute. I just described my current horse!

Horses are the best! What animal-person are you?

Obviously I’m a horse person! I’ve loved horses for years, and have been around them for most of my life. I had to give them up in my mid-twenties and it was a very happy day when I could afford to take lessons when I turned 40, then buy my own horse a few years later. My Shetland pony was a playmate when I was young—we kind of grew up together as I got him when I was nine and he was a yearling. He became one of those infamous one-person horses and would run away with any other rider but me. We played together a lot and I learned the nuances of equine body language in our play. In the long run, my horse experience ended up being very useful when I went into special education teaching, as I found myself being able to read the nuances of kid body language, especially in groups. My current horse is 18 years old and is probably the best horse I will ever own, both in performance and how well she’s bred. I keep hoping that someday I’ll become an overnight success and then can indulge in buying a younger horse to bring along to replace her someday.

I’m still waiting for my horse to come! I’m so happy for you! Would you go out in space if given the opportunity?

In a heartbeat, even though I’d have to put on a motion sickness patch (which I hate). I think it would be cool to go dust skiing on the Moon—I have two characters doing that as a means to escape the bad guys in my Netwalking Space book, and dust skiing is a major feature of my Tranquility Freeriders novelette (which is part of the story collection Learning in Space: Bess and Alex). When I was a kid I dreamed of being a pilot as a route to going to space. Alas, that didn’t happen.

Which leads me to ask: do you believe in aliens?

Well, I don’t NOT believe in aliens. I believe that the possibility exists and that we may never know for certain. Whether any alien contact our species has is through meatspace or through technology such as robots is still up in the air—and alien life MAY be more weird and bizarre than we can possibly imagine. I do write about aliens occasionally, from the “Cowboys and Aliens in NE Oregon during the Cuban Missile Crisis” story, Alien Savvy; to characters in some short stories I’ve written. I guess you could sum up my response as being akin to Fox Mulder’s office poster—“I want to believe.” And yes, I do have that poster up in my office.

So long as they are friendly! Which season defines you?

Winter. I do not tolerate heat well and never have. I learned to downhill ski fairly late in my 40s and love it, though these days I don’t ski as often as I did when I taught middle school up on Mt. Hood. There’s nothing like being up on Hood on a crisp bluebird day when all of the Willamette Valley is socked in with fog. The one green flash at sunset that I’ve seen was from a ski-lift on Hood, not in the Keys. One reason we moved to Northeastern Oregon was for the cooler winters with more snow. I’ve learned to ride my horse in the snow. As she’s gotten bolder and more comfortable with the footing, we’ve done such things as gallop through the snow, which we both love. Skiing, mountains, and snow have been huge influences on my writing over the years, including the year where I got 60 ski days in at Timberline. I’d ski, then settle in the lodge for an hour or so to write. The other lovely thing about winter in a drier cold climate like the mountains of Northeastern Oregon? There’s a lot shorter pollen season.

You and I are more alike than you know! Except I have yet to try skiing! Thank you, Joyce, for participating in my quirky interview! Support Joyce by buying and reviewing her book, and while you warm up your frozen toes in the ski lodge, I’ll be posting another interview here, next Friday!