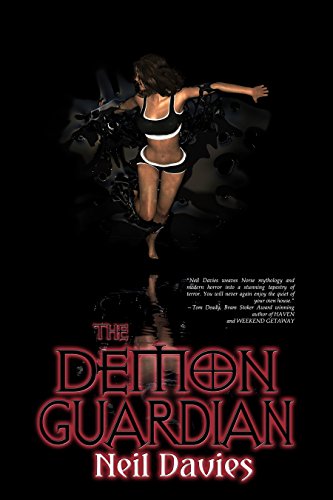 I asked those questions that matter of Neil Davies! But first, the book: https://www.amazon.com/gp/product/B075VNY8Q2/ref=dbs_a_def_rwt_bibl_vppi_i10

Hi, Neil! Let’s start with my favorite question: What would you want to be written on your tombstone?

At least I tried.

Short and honest! I love it! If you could witness any event past, present or future, what would it be?

I really wish I could live long enough to see us flying spaceships between the planets like in all my favourite scifi space opera books and films. I’d like to be there when spaceship travel is as common as aeroplane travel is today.

Maybe you will live long enough! You never know…If you were a road sign, what would you say?

No Entry! (I really don’t know why people think I’m a negative type of person)

Perhaps if you changed it to “proceed with caution”…Do you prefer the movie or the book?

In almost all cases, the book. Generally speaking, I think, through necessities of time, too much has to be left out when turning a book into a film. It’s why, often, turning a short story into a film can work better than a novel. Novels are just too long, too complex and have too many subplots, characters and subtleties that films just don’t have the time to deal with. Plus (pet hate coming up here) so many scriptwriters/directors seem to feel it necessary to change details for absolutely no reason I can see other than their own egos.

Drink up! Do you believe in aliens?

To answer truthfully and completely I need to split it up.

First, do I believe alien life exists out there in the Universe? Yes, absolutely, 100% The Universe is so vast that I find it impossible to think there isn’t other life out there. And I get so depressed when I hear scientists talking about life purely in terms of our kind of life. Who’s to say that our carbon, oxygen breathing type of life is the only one possible? Very narrow-minded.

Second, do I believe intelligent (i.e. in a form we can understand as intelligent) life exists out there in the Universe? Yes, to a good 90% probability. Again, the sheer vastness of the Universe argues in favour of this, purely by chance and randomness. Hard to believe we’re the only planet that just happened to have the right combination of factors to bring our kind of life into being. Doesn’t mean they will have developed the same way we have, but they could have had similar beginnings.

Third (and final), do I believe aliens have visited or are visiting Earth? No. Highly unlikely. Think of ourselves discovering another planet with intelligent life on it. Would we pop in and out, kidnap people, quietly slaughter native animals during the night and so on? No, we would announce our arrival and make our presence known clearly and unambiguously. The one other possibility is that The Hitchhiker’s Guide To The Galaxy was right, and we are plagued with alien pranksters who like to drop in on underdeveloped worlds like ours and strut around in front of the natives making ‘beep beep’ noises.

Forty-two, let us not forget it! What would you tell your younger self?

Don’t be so afraid of failure, rejection or ridicule, and don’t worry about what other people think of you. Too many years being afraid to talk to girls, afraid to speak up in groups, afraid to say the odd or funny things that would pop into my head when with others, afraid to push my music, and, most of all, afraid to send my writing off to publishers. With the exception of one failed attempt, it wasn’t until I met my wife and she starting pushing me that I actually began sending stuff off. No one was more surprised than me when, among the rejections, there were acceptances. Don’t be afraid, just go for it!

Yes, yes, yes, and amen!! Thank you, Neil, for providing us some inspiration! Support Neil by checking out the links below! Next week, we’re knocking down the “No Entry” sign to merge with another important author! Don’t miss it!

One thought on “Questions that Matter with Neil Davies”